About Cathryn Freer, the Herbladyisin

About Cathryn Freer, The Herbladyisin 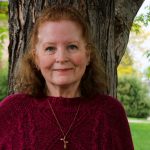 Read my published articles at

My blog is here  https://herbladyisintoday.blogspot.com/

My husband and I now live in the small rural community of Yuma, Co. Yes, there is a Yuma, co.  We live in town now having just moved here recently. There is enough yard to grow some herbs and garden some. My main goal now is to work at my writing full time. At 69 I realized I just couldn’t do it all. My new business is Yuma Holistic Health. 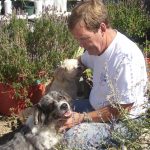 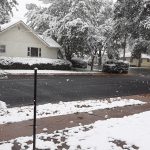 But who am I really and how did I get into alternative medicine?

I am known as The Herbladyisin, if you google me. A native born California girl who lived in TN for 5 years but moved here to Colorado to be closer to my oldest daughter and her family.  I have always done things, my way, and gone my own direction in life. I was just always different and learned to be proud of that drive and independence. Mistakes were made but I learned from them and strived to see the silver lining as life taught me lessons. This is my story below.

My path to herbal therapies and a new way of thinking.

What happened in my life to direct my path away from standard medicine to becoming a Master Herbalist and health counselor? It is a story you should read and pay attention to!

I did not experience herbal medicine as a child. My mother did not use it. She did belief that problems affecting the mind had an impact on causing illness. We were taken to the town medical doctor who I might add misdiagnosed several people in town. Years later he was caught violating young men at the local high school and killed himself. I was given an example of bad medicine even then.

Despite that when I graduated from high school in Julian, CA, a little town about an hour from San Diego, CA, I went to school to became a Certified Medical Assistant. I loved taking x-rays, doing lab work, and working with patients under the doctors. Our mobile clinic served the Indian reservations around the area, which were very poor before casinos later on. We worked without refrigeration and in outback situations. One of my jobs was to order drugs for the doctors. Drug representatives called on the office to get our doctors then, just like today, to buy their products. I learned how the system worked and didn’t think a thing about it. I believed in the system all the way.

What happened to disillusion me on standard medicine? Why herbal therapies? Learn more about Cathryn Freer, The Herbladyisin and my path to healing for my daughter and myself.

Three years into my working at the outreach clinic, married now and pregnant with my second child, I stopped working to become a full time mom. My son was delivered by the clinic I worked for.

When my second daughter was born, she got her first immunizations just like the other two kids. Only she suffered a reaction to them becoming sick.  She did not get well suffering from one infection after another.  Of course, with each new illness she was prescribed antibiotics, over and over without much effect. When I voiced my concern that she was resistant to the antibiotics, I was told that was not possible. The doctors stated to me that you could not become resistant to antibiotics. I was crazy to suggest that. As we know today, that is one of the biggest health problems today ‘Antibiotic Resistance”, MRSA, and super bugs caused by years of the over use of antibiotics.

With constant antibiotic treatment, she began to get sicker, refuse to eat, lose weight, and suffer from a systemic yeast infection all over backside. She cried all the time but the doctors could not find the answer after lab tests.They had no clue. This was in the early 1980’s.  I knew I had to do research on my own at that point. So I began researching how a child’s immune system worked and in the process discovered alternative medicine. I knew what the doctor’s were doing was wrong!

I took her to a Master Herbalist that I was referred to, who had me take her off of cow’s milk and use fresh goat’s milk instead. He suggested homeopathic medicine for her immune system. She was too little to take capsules or pills. I used garlic massaged in to the bottoms of her feet.  After about a week she began to eat again, gain weight slowly and get better. I did not take her back to the doctors or use antibiotics on her again. It was very clear antibiotics did not work at that point. Through the above regimen she gained weight and got better with each day.

I began to realize that standard medicine had serious flaws. Many of my family including my daughter were not getting the correct diagnoses and care from doctors.

My mother about that time was misdiagnosed by doctors about her thyroid condition. She was gaining weight and was ignored by her doctors. Finally after testing her it was proven that she had a severe thyroid deficiency.

My oldest sister was taken to a mental hospital first before they realized she had a brain infection!  She could have died before they diagnosed her properly.

My constant allergies as a child including allergy tests, shots, and medicine that I became immune to was a glaring example as well of a system that was not working. So I began taking herbs and Vitamin C as suggested by the same herbalist. My allergies cleared up and I was able to discontinue using allergy pills that didn’t work any way. I have never had to use them since. That was 35 years ago.

I became focused on learning all I could to help both my child and myself through herbal therapies and diet. The alternative medicine world was opened up to me. I was excited and determined to learn everything I could.This took me on the path to becoming a Master Herbalist helping people improve their health.

After my training, I taught herb classes in adult education and worked as holistic health counselor. I found that so many people have blockages to healing. Holistic healing is not immediate or simple. If it took years for you to develop a health problem, it is not going to get fixed like magic. It does not work that way. The longer you have been sick, the longer it will take to get well. The process is individual. There is not cookie cutter solution that works for all.

So back a few years ago, I made the decision to discontinue individual health counseling to write articles which would reach people who were ready and willing to make changes to their lifestyle and diet. You cannot help anyone unless they are ready to be helped and motivated enough to make those changes. That is why writing is my main goal.

More about Cathryn Freer, The Herbladyisin

With my standard medicine background, I understand how the system works much better than more herbalists. I worked in the standard medicine system. One of my jobs was working with the drug salesmen and saw their influence over the doctors. They educated the doctors on the drugs they sold, leaving out negative information. Through experience on that job, I learned the perks they offer the doctors to sell their brand. It is a multi- trillion dollar business selling drugs. Your doctors, as well as, the drug company make money from the sale of drugs to you.  They have no time to research the drug on their own but rely on the drug rep to give them the facts. Facts that often are misrepresented. Nasty and deadly side effects which are not told to the patient or down played. My belief is that drugs should be the last choice after diet and lifestyle changes and when herbal remedies either are not indicated or not working. Emergencies are another area where standard medicine is certainly the only choice.

The blatant overuse of drugs with non-disclosed side effects is at the expense of your health when the drug turns out to be a killer from its deadly side effects.  Side effects you were not told about by your doctor.

This is what I dedicate my life to exposing the facts about drugs and demonstrating a safer alternative. To use herbs, you must do so correctly and with knowledge. It is not simple. My goal is education so that herbs are taken correctly and to help you gain the knowledge needed to help your path to natural healing.

This is why you must research this on your own and not through standard medicine websites. Look for the answers that are being buried for the profit of drug companies.

It is my belief that standard medicine and alternative medicine can work together for the benefit of your health and healing. The combination of the two worlds is today in many countries working together, not against each other.

My blog is here  https://herbladyisintoday.blogspot.com/

Training in herbal medicine under Keith Smith, Escondido, Ca who is a gifted healer and Master Herbalist.

Training in natural healing under the late Bernard Jensen, the father of Iridology.

30 plus years of intensive study and health counseling.

I now feel writing is the most effective way for me to help people on their path to better health.

My focus is  to help our readers focus on health and healing through education and knowledge. That is why my work now is writing and researching.